Ireland should look for new funding options for cancer research because the country’s national debt constrains the amount of public funding available for this essential element of cancer services, according to Dr. Jerome Coffey, Director of the National Cancer Control Programme (NCCP). Maureen Browne reports.

He said that Ireland’s national debt stands at over €22 bn or c.€50,000 per capita. Servicing this debt was behind every Government spending decision and detracting from greater investment in our healthcare system.

“We need to reach out to new potential partners in industry and we need to think in untraditional ways to draw additional funding into the cancer field.

“We also need to think about Artificial Intelligence and work with the tech. industry to see how their interests align with our research and service priorities. At the same time we are reviewing the job descriptions for new Consultant posts so that they have significantly increased protected time for research.”

Dr. Coffey said that the National Cancer Strategy, launched in summer 2017, received €2.75m in part year development funding in the 2018 HSE National Service Plan, but nothing this year and a significant amount of new funding will be sought in the estimates process for 2020.

“Most of last year’s NCCP budget went straight to the designated cancer centres, but new money was provided. In 2018, the NCCP allocation was €85.8 million. In 2019, this was increased to €94.7 million but €8.9 of this was for the existing level of service, so there was no development money in 2019.”

“Project Ireland 2040 includes three new elective hospitals and we need to assess how these ambitious infrastructure plans will enhance the provision of cancer care, either by improving capacity in the existing designated cancer centres or by hosting some part of the cancer patient diagnostic and treatment pathway.”

Dr. Coffey said that, especially where surgical treatment was concerned, the majority of cancers of the oesophagus, stomach, rectum, pancreas, lung, breast, prostate and brain/central nervous system in Ireland were now centralised. A recent report from the National Cancer Registry concluded that:

“We have very solid data in Ireland on incidence and mortality. Overall cancer mortality is lower than most of the Baltic states and equivalent to the Scandinavian states.”
Dr. Coffey said that the National Cancer Strategy outlines how we can reduce the cancer burden, through prevention, screening and early diagnosis, and improve outcomes through an integrated model of care, and increasing patient involvement in service design.

“Thirty to forty per cent of cancers are preventable. Forty per cent of the total cancer risk has been attributed to five lifestyle factors — tobacco, diet, overweight/obesity, alcohol and low physical activity.

Dr. Coffey said cancer was a disease of the genome, caused by changes to DNA that occur over a person’s lifetime, even though round five per cent of cancers are known to have an inherited component. The hereditary cancer genetics programme has been established with a hub and spoke service model. St. James’s Hospital is currently the hub and the spokes will include the other cancer centres as the service grows.

“We have lots of people and families coming in for testing and we need to recruit more staff. We need to be providing material online and across the healthcare system. Referral pathways and guidelines as well as broad HCP engagement and education in genetics/omics will be key. A pilot project of direct ordering of BRCA testing has been completed, linked to a research study in the Royal Marsden Hospital and its impact and implications are being discussed.

“In addition to establishing inherited cancer risk and arranging for clinical surveillance plus or minus prophylactic, risk-reducing surgery, the systemic treatment of cancer is increasingly guided by tumour genetics to predict the treatments that will and will not work. In the UK, there has been massive investment in this – they have brought hospitals and universities together and are saying that genomics are part of standard medical care and that is what we need to do. The 100,000 Genomes Project run by Genomics England had sequenced 100,000 genomes by December 2018. In this country, Genomics Medicine Ireland (GMI) has a lab in Cherrywood equipped with the capacity to sequence the entire genomes of 400,000 people (patients and non-patients) as part of a population genomics initiative in Europe, the US and Asia, primarily aimed at drug development for a number of different diseases. The Ireland Strategic Investment Fund (ISIF) is investing $70m in GMI and there needs to be a dialogue about how we can collaborate with GMI who can provide some of the lab capacity that clinical services in this country require.

Our mental health services are not fit for purpose 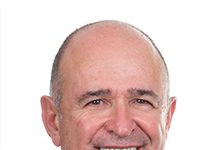 How do we know we are good?