Home News €10.9bn to be spent on health projects in the next decade

Approximately €10.9 billion is to  be spent on health projects over the next ten years, under the National Development Plan (NDP).

This is part of Project Ireland 2040 which aims to provide balanced regional development, in order to reduce Dublin’s growing economic domination, and to improve the State’s infrastructure.

It seeks to plan for where the anticipated one million extra people who will be living in the State 25 years from now will be housed, work and go to school.

It consists of two plans – The National Planning Framework (NPF) which will decide how to achieve balanced regional development. It will prioritise growth in the major cities of Dublin, Cork, Galway, Limerick and Waterford, although the capital is forecast to grow at a slower rate under this plan.

Health projects to be financed will include the New Children’s Hospital at St James’s campus, Dublin and two outpatient departments and urgent care centres at Connolly  Hospital, Blanchardstown and Tallaght Hospital, Dublin.

The National Cancer Strategy Capital Developments will include the National Programme for Radiation Oncology at Cork, Galway and Dublin, and the expansion of Breastcheck.

It is also to provide funding for the National Forensic Mental Health Service Hospital at Portrane, Dublin,  the Primary Care Centre construction programme across the country and the replacement and refurbishment of 90 Community Nursing Units across the country. 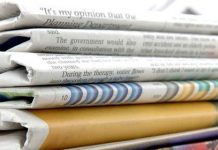 News from around your health services