Home January 2018 What is bullying?

In January 2016, the Irish Times carried an article on workplace bullying in which a well known researcher in the area is quoted as saying: “Workplace bullying is like a cancer. It creeps up on you before you recognise it. Knowing what is and is not bullying behaviour and being aware of how to address it ahead of time is essential,” writes Conor Hannaway.

However, during training programmes conducted by the Health Management Institute, most managers struggle to accurately describe what bullying is and how it differs from harassment.

Those managers are very much aware of the general nature of bullying, its effect on the victims and the risks posed for themselves personally should they be accused of/found to be responsible for bullying a colleague or subordinate.

Eventually, participants on the training programmes will piece together the standard definition used in the HSE Dignity at Work Policy and derived from the National Code of Practice for Addressing Bullying in the Workplace. It was developed by the Health and Safety Authority reflecting the fact that one of the effects of bullying is that it negatively impacts on the health of victims.

The consequences for managers of a bullying accusation can be quite severe, from an inability to manage staff to severe career derailment.

The definition of bullying in the Code of Practice which has been generally adopted by employers and representative organisations is: Workplace Bullying is repeated inappropriate behaviour, direct or indirect, whether verbal, physical or otherwise, conducted by one or more persons against another or others, at the place of work and/or in the course of employment, which could reasonably be regarded as undermining the individual’s right to dignity at work. An isolated incident of the behaviour described in this definition may be an affront to dignity at work but, as a once off incident, is not considered to be bullying.

By way of clarification, it should be noted that the word ‘repeated’ in the definition has the same general meaning as ‘repeatedly’.  It is not like a television programme which is on at the weekend being repeated during the following week.  Procedures for dealing with bullying in the workplace, usually list some examples of inappropriate behaviours such as: social exclusion, intimidation, aggressive or obscene language, belittling comments, needless micro-managing and repeated unreasonable work demands.

The consequences for managers of a bullying accusation can be quite severe from an inability to manage staff, to severe career derailment. Managers report that accusations of bullying are made in situations where they are simply carrying out their job by holding a return to work interview, having a performance discussion or dealing with a disciplinary situation. These accusations are made even though most procedures exclude such actions by the manager from the inappropriate behaviours which characterise bullying.  Knowing the impact of such an accusation, many managers retreat from the situation – which was the intended effect of the accusation in the first place.  In reality, employees should be directed, in most cases, to use the grievance procedure to deal with complaints concerning the actions of their managers.

The Supreme Court’s judgment in a 2017 case is generally considered to have significantly raised the bar regarding what can be considered to be workplace bullying. One of the judges said that the drafter of the definition had taken “a markedly elevated point in the register: conduct must be repeated, not merely consist of a number of incidents, it must be inappropriate, not merely wrong and it is not enough that it be inappropriate and even offensive, it must be capable of being reasonably regarded as undermining the individual’s right to dignity at work.”

Another of the judges of the Supreme Court used more colloquial language to get the message across – that usual day to day actions of work, even when incorrect or unwarranted, do not fall within the definition of bullying.  He went on to say that an employer is entitled to expect ordinary robustness from employees. He also said that the conduct about which complaints were made should be judged according to the standard of human beings, and not of angels.

It is important to think of the implications of the judgment on workplace investigations. There is no doubt that the bar has been raised in relation to what can be defined as bullying. Although it is unlikely that we will see significant changes in the general approach adopted in assessing complaints, there is a need to bear in mind some of the issues which were considered in the different judgments delivered.  These include recognition that not all behaviours are as serious as each other.  Not all inappropriate behaviours undermine the right to dignity at work. Likewise issues such as intent and malice (not essential features) need to be considered as they may impact on any assessment. Overall a more nuanced approach may allow a more accurate assessment in which not all bullying situations are viewed the same way. 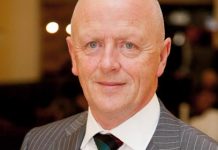 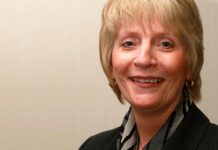 “Breakthrough” in the NRH