Dr. Deasy was speaking at the HMI South Forum in Cork.
He said the Major Trauma Audit (MTA) National Report 2016 which would be published by the National Office on Clinical Audit next Wednesday, Jan 31,  looking at 4,426 patients across 26 trauma receiving hospitals in Ireland highlighted the need for changes in how trauma care was provided.

Twenty eight per cent of patients sustaining major trauma had to be transferred to another hospital for on-going care because the initial hospital to which they were brought did not have the required services. Many people sustaining major trauma were not being assessed by trauma teams and senior clinicians on arrival at hospital; their investigation and management was being delayed as a result.

The provision of trauma care in Ireland is challenging, with at least 26 hospitals receiving potentially major trauma.

Dr Deasy also described difficulties in access to specialist care such as neurosurgical care which meant that a considerable proportion of patients with severe brain injuries did not receive care at a neurosurgical centre.

“The provision of trauma care in Ireland is challenging, with at least 26 hospitals receiving potentially major trauma. Ireland does not currently have a designated Major Trauma Centre (MTC). Such a centre is required to have all trauma specialties including neurosurgery available to respond and operate where necessary. The MTC requires a threshold number of severely injured patients so skill levels of staff are maintained.

“When a patient is brought to an MTC by road or air ambulance they are received by a trauma team comprising a consultant team leader, an anaesthetist and a surgeon and usually three nurses – the team may have to co-ordinate immediate intubation, chest drain insertion, massive blood transfusion, whole body CT scan, all of which are done in parallel as quickly as possible to save the injured patient’s life.”

“Interventional Radiology is increasingly replacing the need for General Surgeons to perform laparotomies on trauma patients who are actively bleeding. Admitted major trauma patients have their on-going inpatient care co-ordinated by the ‘Trauma Service’ and are cohorted on a trauma ward where there is familiarity with the range of complications that can occur to trauma patients and their care needs are optimised. The MTC needs the capacity to support trauma units, injury units and local emergency hospitals so that patients can be safely and quickly transferred or retrieved from these units.”

Dr. Deasy said that in planning for trauma networks it was also important to remember that 40% of major trauma was now occurring in patients older than 65 years of age and he highlighted the need for Orthogeriatric and Rehabilitation medicine specialist involvement in ensuring that patients flowed through and out of the acute hospital setting efficiently, safely with the best possible chance of survival and return to independent living. 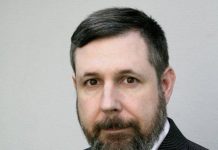 Rights and responsibilities of managers under new legislation 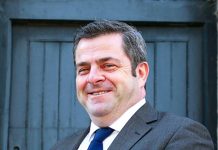 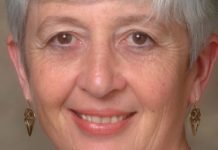 Irish cancer survival could improve by up to ten per cent