John Connaghan has been appointed to the newly created role of Chief Operations Officer of the HSE following an international recruitment competition carried out by the Public Appointments Service.

He will take up his new role full time from next August. However, HSE Director General, Mr. Tony O’Brien said full implementation of the changes to our “new ways of working” would be phased in by the end of the year, rather than from that date.

The HSE said his role will be performed in close liaison and co-operation with the Chief Strategy and Planning Officer and in collaboration with the wider HSE Leadership Team and other key stakeholders.

Both the Chief Operations Officer and the Chief Strategy and Planning Officer, Dean Sullivan will in addition perform the functions of Deputy Directors General of the HSE.

The HSE said an important role for the newly appointed Chief Operations Officer was to enable front line services to become more integrated, effective, efficient and more directly accountable for the services that they delivered. A key challenge would be to ensure the delivery of the maximum amount of safe services for patients and other service users, strictly within the limits of the resources made available and in the most appropriate way.

Mr. Connaghan, whose parents came from Arranmore Island in Donegal , has over 30 years’ experience of both the private and public sector.  He joins the HSE from the Scottish NHS, where he was  Chief Operating Officer.  Since joining NHS Scotland in 2006  he has held three different Chief Executive positions, with responsibility for some of the largest teaching hospitals in Scotland.

He has also spent some time as interim Director General and Chief Executive of the NHS with accountable officer status for £12.5bn and 156,000 staff.

“As Director of NHS Delivery with the Scottish Government,  he had a remit to improve overall performance.  Over a ten year period demonstrable results were delivered in both elective and unscheduled care waiting times,” said the HSE.

Mr. Connaghan spent the early part of his career in the printing and publishing industry, with responsibility for manufacturing plants in Scotland and the USA,  introducing the concept of quality circles and “lean” in a factory environment.

His experience in the NHS  has included formulating acute services strategy at local and national level and chairing National Boards for efficiency, productivity , e-health and the modernisation of outpatient services .

Mr. Connaghan’s current interests extend to ‘Flow Process’ across the whole health system, shifting the balance of care from acute services to the community – demonstrating how transformational leadership can be used to support staff and patient interests in times of change.

Outside the work environment he was one of the founding directors for the Maggie’s centres, now one of the UK’s biggest cancer charities.  He served on the Board of the charity for a period of ten years as a non-executive director.

He has over 50 caps at Masters level playing hockey for Scotland and was part of the squad representing Scotland at the WGMA World Cup in Sydney in 2016.

In 2015, Queen Elizabeth awarded him the CBE (Commander of the British Empire) for services to health.

Welcoming the appointment, Tony O’Brien said: “The appointment of the Chief Operations Officer is another significant step forward in the Programme for Health Service Improvement which is one of the priorities of Government.  John brings to the Chief Operations Officer role a wealth of experience in service improvement in both the acute hospital and community care setting.  In particular, his appointment will allow greater integration of all of the services delivered by the recently established Acute Hospital Groups and Community Health Organisations. This will support the delivery of healthcare in the most effective way possible and ensure greater value for patients and taxpayers especially in terms of quality, safety, effectiveness and efficiency.” 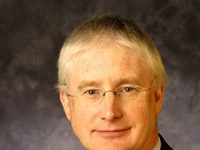