Today it covers institutions from the 28-member states of the European Union as well Switzerland and the Republic of Serbia.

HOPE promotes and performs comparative activities. Research topics are identified by members’ representatives, the overall purpose being to help share knowledge and expertise throughout Europe.

The main objective then was to promote the exchange of experiences and information among the different countries and to identify problems and propose solutions based on the ideas developed within the HCEEC.

The year 2016 sees HOPE celebrate 50 years in existence. In 1966, representatives of hospitals’ associations of the six EEC counties decided, in Rome, to create the Study Committee of the hospital organisation in the common market and to meet regularly to discuss issues and challenges related to hospitals.

The main objective then was to promote the exchange of experiences and information among the different countries and to identify problems and propose solutions based on the ideas developed within the HCEEC. In addition, the idea was also to shape an EEC Hospital Policy, by establishing and maintaining relationships with the EEC institutions and by anticipating problems that might arise at community level.

By 1973, the organisation had also started to extend the countries joining the EC. The UK, Ireland and Denmark were the first to join the initial group of six members. Later Greece, Spain and Portugal became members.

The year 1981 marked an important historical date as it represented the beginning of the organisation’s core activities. An Exchange Programme was launched to pursue the HCEEC historical objective of promoting the exchange of knowledge and good practice. This programme lasting originally three months was aimed at a better understanding of how healthcare in hospital systems within the EU and neighbouring countries worked, it targeted hospital professionals in establishing twining links among European hospitals.

Beside the exchange programme, there have been, over the years, multiple bi-lateral exchanges initiated on specific requests and under the responsibility of members.

The HOPE action programme was based on the idea that more synergies had to be created within the wider healthcare community.

In 1991, the first Europe wide HOPE Agora took place. The HOPE action programme was based on the idea that more synergies had to be created within the wider healthcare community. In line with this it included the idea to launch the Europeanwide health forum. The first Agora, called ‘Europe and Health, a Common Future?’ took place in Paris in December 1991 and more than 250 people of 20 nationalities belonging to more than 50 different associations met with representatives of the European institutions.

Ireland has been an active participant in the HOPE organisation and HOPE Exchange programme for over 25 years. However, regrettably membership lapsed for some years during the recession and Ireland only re-joined in 2015 through the Private Hospitals’ Association.

Ireland will host the 2017 Agora from June 11 – 13 and be at the centre of European healthcare skills and knowledge transfer by hosting this European Conference in Dublin. 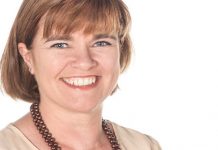 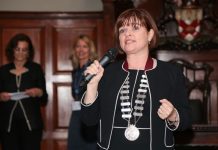 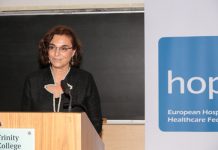 Invaluable training and experience across Europe