Home September 2016 Working for a smile!

“Every three minutes a child is born somewhere in the world with either a cleft lip or cleft palate and one in ten will not see their first birthday because of malnutrition and social exclusion. Cleft lips and cleft palates are one of the few problems in the world that can be solved easily. Basically it takes only about 45 minutes to correct, at a cost of about 240 dollars.” 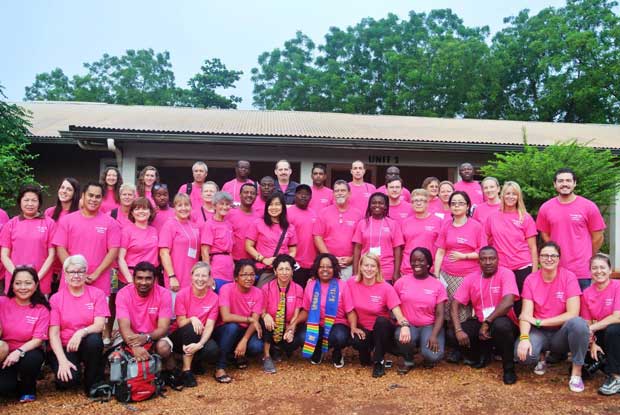 Operation Smile’s head office is in Norfolk, Virginia, USA. It was set up over 30 years ago by plastic surgeon, Bill Magee and his wife Cathy, who had been out on a surgical mission to the Philippines and felt compelled to set up the charity because of so many unmet needs.

People will walk for two days with a young child to get to a screening centre and those on the mission will bend over backwards to try and help.

Lucy’s involvement with Operation Smile began with a chance conversation in 2012. “I was at a school parents’ night out and chatting to Terry Cosgrave who is the CEO of the Irish branch of the charity, whose son and mine were in school together. I remarked that I had one child doing the Junior Cert and one doing the Leaving Cert in June and if we all survived I would go to Lough Derg!” 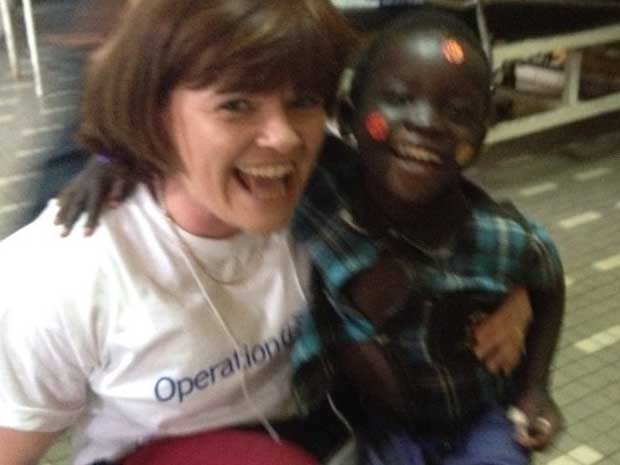 “She said why didn’t I come and do some work with Operation Smile instead. My background is in nursing, but they were looking for somebody in medical records and  he told me there would be a training course in the autumn. I was already familiar with the work of Operation Smile from working with Mr. Michael Earley in Temple Street, who was a founder member of the Irish branch. I thought it sounded like a good idea, but as the time went by, it went out of my head. 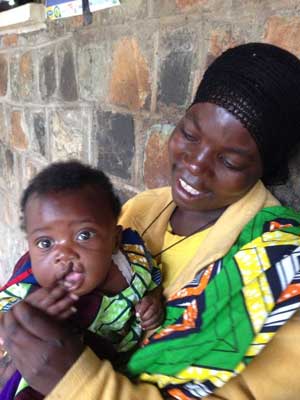 “Then the autumn came about and I got a ‘phone call to say the trainers were over. I did the training and it took off from there.

“Usually a team of about 50 volunteers from all over world go on each mission. They include cleft surgeons, dentists, paediatricians, medical photographers, anaesthetists, speech and language therapists, medical records staff and play therapists. What attracted me to Operation Smile is that they don’t just parachute into a country and centre, carry out the surgery and leave. They work with local hospitals to train and educate staff and the objective is to achieve sustainability. For example, Kenya is now self sufficient. 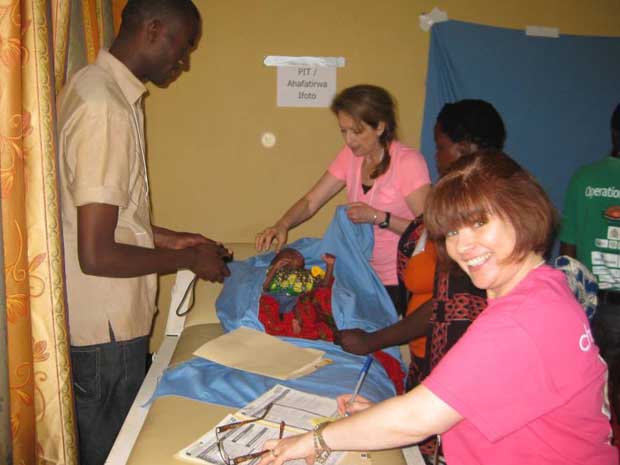 “It also looks at the whole child, including nutrition and speech and there is a whole package and standard of care. Also, the services and care which Operation Smile delivers must meet the same standards as if the child was having the operation in developed countries, so there are very high world class standards of care, despite the challenges. There is also ongoing continuity of care with a team doing review clinics.

“Because the training is so good, you can go into any mission site in the world and, with the same set up, people from multiple different countries can work together.

The missions recharge my batteries and restore my faith in healthcare and why we do it.

“The work is very intensive because each mission is a week long and travelling on either side can take two days, which leaves just two days for screening patients and five days for operating. I have been to Ghana, Rwanda and Nicaragua and they don’t all have the same supports, but with their training they can become very creative and innovative in finding solutions. It is fantastic to see the dedication. There are no dramas, no hierarchy, the surgeon is as important as the medical records person.

“People will walk for two days with a young child to get to a screening centre and those on the mission will bend over backwards to try and help. Someone might turn up on day 3 of surgery and the screening will be long over but they will try and squeeze the schedule because they know the next opportunity won’t be for nine months or a year. 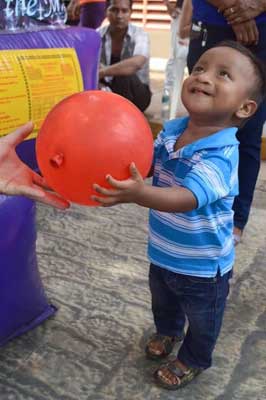 “We are up at 5.30 am and might not finish until 8 pm, but it is so energising. You are tired but it’s a different type of tiredness. The missions recharge my batteries and restore my faith in healthcare and why we do it. It is a great privilege to be able to go on missions and it is a great way to get insight into local culture and customs, as you are working beside local people.

“I have been on missions in 2013, 2014 and again this year I missed 2015 because I had a Leaving Cert student. Some of my colleagues have done 25 plus missions. You get far more out of these missions than you put in.

“I am lucky because my nursing background makes it easier for me to fit in, but medical training is not necessary. The last person with whom I was on a mission worked for the US Internal Revenue Services (IRS).”

Volunteers on Operation Smile pay their own expenses.