A project which resulted in a reduction in the number of babies receiving blood transfusions in the Rotunda Hospital Dublin, was a finalist in the HMI overall Leaders award. Maureen Browne reports.

“Neonatal Transfusion: Protecting our most Vulnerable,” was presented by Ms. Siobhan Enright (RGN/RM) Haemovigilance Officer at the Rotunda Hospital.

Ms. Enright said that it was very important to assure the safety of blood. It was a precious commodity which could be refused by some patients mainly for religious reasons. Blood supplies in Ireland are very safe, donors go through a rigorous screening process before their blood is accepted, however blood experts would advise that it should only be given in potentially lifesaving situations.

She said babies were transfused mainly because of anaemia of prematurity, where the third trimester was foreshortened.   Other causes of anaemia included phlebotomy, sepsis and bleeding concerns. “Neonates are the most vulnerable of our patient population and most received top up transfusions.”

Blood was a critical and scarce resource and 100% traceability was required for all blood products administered in hospitals. Pedi packs were used to give transfusions to babies. These were made by dividing the adult pack into five and if a baby received one transfusion, the other four in the pack were kept for that baby.

The vision was to reduce transfusion rates in neonates, to produce meaningful data from the audit and to provide valuable information for future practice.

Ms. Enright said that in 2012 she approached her paediatric consultant haematologist and the consultant neonatologist in charge with regard to figures she had been gathering which gave rise to some concerns about the number of transfusions being given. It was arranged that a multidisciplinary team would examine the situation to see if the care was appropriate and if it could be improved.

The incidence of red cell transfusion in 118 babies, with 296 transfusion episodes in the Rotunda over five years in 2011 was examined and audited by the multidisciplinary team.

The vision was to reduce transfusion rates in neonates, to produce meaningful data from the audit and to provide valuable information for future practice. Transfusion triggers were largely influenced by HCT level and the ventilation status of the baby. Literature on transfusion triggers was changing– the aim being to reduce unnecessary exposure to Red cells.

Ms. Enright said the audit revealed that the majority of ventilated babies were transfused according to guidelines but that improvements were required for transfusion practice for self ventilated babies. The higher the ventilation status of the baby was, the more appropriate were the transfusions.

Based on the audit findings and recommendations a change in practice was required. The challenge was how to achieve this.

“Education was huge from the consultants to SHOs and it was important to provide regular feedback with the data and communicate with the team what their practice was on an on-going basis. Continuous auditing of neonatal transfusions was also necessary to identify current and changing trends in transfusion recipients. We wanted to improve practice, identify the changing needs of the neonate and reduce the number of unnecessary transfusions.

Overall, there was a reduction of 5% in the number of babies transfused over the five years.

Major risks included inaccurate data, that findings would be seen as a criticism of current practice, that no changes would be implemented and the study might lead to an increase in transfusions.

Overall, there was a reduction of 5% in the number of babies transfused over the five years. Transfusions for babies greater than 1500g was down by 50%. Donor exposure for babies weighing 750g or less was reduced from 2 to 1 which was unexpected and very significant. As birth weight got slightly better towards 1 to 1.5kg, ventilation status changed slightly and there was a drop in the incidence of transfusion. The greatest change was for babies weighing over 1.5 kg where most would only have received one unit of blood. The median length of stay for babies in each category was not influenced by the blood transfusion.

Ms. Enright said that had been no extra cost factor in the changed practice, the transfusion rate had been reduced, and there was better use of staff resources. In fact there were significant financial benefits due to cost savings with direct savings in pedipack costs equating to approximately €15,000. Other areas of cost savings included extra charges for blood delivery outside normal hours, reduced laboratory, medical and nursing staff and reduced blood sampling

She said the multi-disciplinary team approach showed positive results, obstacles were overcome to see significant improvements in practice and the study design has been used for other hospitals. 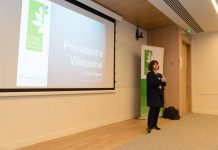 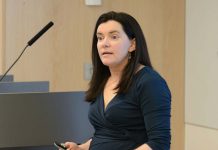 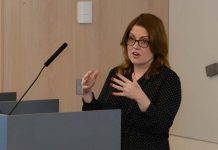