The new diagnostic machine Fibro-scan, (which provides a non-invasive means of assessing liver disease in patients with Hepatitis C) introduced in a Dublin clinic succeeded in moving specialist treatment of the infection from the hospital to the community and meant that patients who would not otherwise have engaged in hospital based treatment services were assessed in the community for suitability for treatment with new non-interferon based HCV treatments.

The project has now been used as a prototype for two further clinics in Dublin North side and is to be rolled out in July-August in Mountjoy prison.

It is also planned to develop a fibro-scan van service to provide similar services around the country to homeless hostels, primary care and homeless services.

Dr. Des Crowley, an addiction GP specialist working with the HSE Addiction Services and the Irish Prison Service, introduced the programme to a community based drug treatment clinic and general practice in Dublin’s north inner city, in collaboration with Dr. Lambert in the Mater Hospital. The project was part of a European Hep Care project which seeks to access hard to reach groups for assessment and treatment of chronic HCV infection.

The new diagnostic machine Fibro-scan, (which provides a non-invasive means of assessing liver disease in patients with Hepatitis C) introduced in a Dublin clinic succeeded in moving specialist treatment of the infection from the hospital to the community

He said the fibro-scanning service, the first of its kind nationally, was bringing hospital based services into the community, and had resulted in- better uptake, reduced the need for referral, unclogged the hospital services and meant only those requiring immediate treatment were referred to hospital.

“It means we can now seek and treat patients with the infection. It is the start of shared care approach to HCV treatment, bringing it from hospital services into the community. Allied to new Direct Acting Anti-Viral (DAAs) treatments, we hope this will help us to eliminate HCV infection by 2025,” he said.

Hepatitis C Virus (HVC) is a blood borne virus (BBV) mostly spread by intravenous drug use (IVDU) which is responsible for 80-85% of cases both in Ireland and internationally.

The WHO has calculated that 185 million worldwide or 3% of the world population are infected with HCV. It is estimated that 15 million Europeans have chronic HCV infection and the global burden of disease was estimated at 499,000 deaths due to HCV in 2010.

In Ireland, it is estimated that 30,000-50,000 people have HCV infection, a population prevalence of (0.5–1.2%). The most recent data indicates the prevalence of HCV in Irish people who inject drugs (PWID) ranges from 62%-81%, while localised prevalence estimates within the PWID population attending community drug services range from 54% to 84%.

It was estimated that there are 20,000-24,000 opiate users in Ireland, with 10,000 on Methadone Maintenance Treatment (MMT). Opioid dependence is associated with social deprivation with high prevalence in deprived inner city areas such as North Inner City Dublin. Chronic disease outcomes occurr in 55-85% of untreated HCV cases including liver cirrhosis, liver failure and hepatocellular carcinoma.

Dr. Crowley said that in The Thompson Centre, (a Drug Treatment Centre-located within a large GP practice) where he works, there were 230 patients on MMT. All patients attending the centre were screened for blood borne viruses (BBVs) within a month of starting MMT. Patients were reviewed annually for risk behaviour and re-screened if clinically indicated. Patients who tested positive for HCV antibodies were checked for chronic infection (antigen/PCR).

Up to recently standard treatment was pegylated interferon (PEG-IFN) and ribavirin (RBV). The length of treatment was dependent on the HCV genotype: 48 weeks for HCV genotypes 1, 4, 5, and 6 with expected sustained virologic response (SVR) rates of 40%–50%; or 24 weeks (HCV genotype 2 and 3) and 80% SVR response rates.

Dr. Crowley said the treatment was poorly tolerated and required liver biopsy to assess the extent of liver disease. Treatment had been revolutionised by the availability of DAAs. DAAs have a shorter time frame, less side effects, eliminated the need for biopsy and significantly improved outcomes to the extent that we are now speaking in terms of cure.

“Non-inferon based DAAs gives an opportunity to move Hepatitis C treatment into the community. While it is costly – €45,000 per treatment – it is cost effective when compared to non-treatment, which can result in decompensated liver disease and liver transplant.”

Dr. Crowley said that Fibro-scan was a new non-invasive means of assessing liver disease. It was easy to use, portable and reliable and could be used to prioritise treatment. It was also useful to reassure those with chronic infection who did not have significant liver disease and would benefit from a “watch and wait” approach

It eliminated the need for liver biopsy, which was seen by many as a significant obstacle to treatment. It has brought hospital based services in to the community. There is a better uptake, a reduced need for referral, it unclogs the hospital services and we refer only those requiring immediate treatment.

It allows resources to be targeted to this group to ensure compliance. We fibro-scanned 58 patients with chronic HCV infection aged between 32 and 54, who were on methadone maintenance. Eight had been diagnosed with HCV in the previous year, nine had been diagnosed between three and five years earlier, eight between five and ten years earlier and 31 more than ten years previously.

Sixty seven per cent of these patients had previously been referred to specialist services and 49% of these only attended once, eight per cent had completed treatment with interferon and ribavirin and one had cleared the infection. 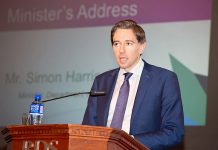 Minister pays tribute to the work of health service managers 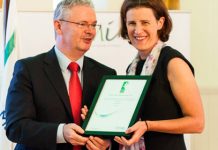