Home June 2014 Reaching out to Hy-Brasil

Denis Doherty writes about a clan on an island in Europe, where health services providers have realised their ambition to be employers of choice.

There is a clan on an island in Europe in whom, until recently, there was only local interest. As sizeable clans go they are rather unusual. They number about 100, 000 but it has always proven difficult to establish their number accurately. They are virtually all in the twenty to sixty years age range. They are all well educated and many are highly educated. They are all gainfully employed, indeed the vast majority of them could be described as knowledge workers.

All was not well though. Their numbers have been steadily declining in recent years. Incentivised early retirement schemes proved appealing to those who could avail of them but, because they could not be replaced, those who remain have to meet the growing healthcare needs of the wider community with whom they share their island. That resulted in a changed, more pressured work environment, which, over time, produced many problems.

A leader equipped to assume the challenge involved emerged when most needed.

The economy of the island suffered a major economic recession that resulted in wage and salary cuts, new and increased taxes and many new charges on households. The attitude of some of the other islanders towards the clan was ambivalent and ranged from resentment of the job security and good pay they are perceived to enjoy to high praise for the professional way they do their work.

Workplace culture owed more to the outdated hierarchical, authoritarian approach of the past than to the more enlightened, participative approach that enables knowledge workers to give of their best. Life away from work had become more difficult also. They all had to grapple with negative equity, lower incomes and increased outgoings.

Not surprisingly, as this clan felt increasingly beleaguered, it showed signs of impacting on their mental health. The early signs were increasing rates of absenteeism, followed by concerns about growing “presenteeism” where workers are physically present but their commitment and productivity has declined. Understandably, the traditional approach to managing the problem didn’t work because it involved treating the symptoms rather than the cause.

Mental illness, in its many forms, doesn’t differentiate between peoples formed from the same gene pool. Mental illness remains a taboo subject on the island and, perhaps surprisingly, many of those expected to bring about change themselves respect the taboo.

Something needed to be done. A leader equipped to assume the challenge involved emerged when most needed. Her approach was based on the premise that the best way to look after all the people of the island is to first look after the members of the clan so that they are well equipped to serve others.

She first introduced mental health promotion programmes and resourced them in ways that gave them a good chance of succeeding. Their belated introduction and enlightened outlook meant they were able to convey a next generation approach that attracted keen interest and early take up.

Managers were encouraged to avoid using a ‘problem colleague’ label until a ‘colleague who has problems’ diagnosis had been ruled out.

Next the challenge of providing help for those who needed it and encouraging take-up of the help that was available was tackled. Managers were encouraged to avoid using a ‘problem colleague’ label until a ‘colleague who has problems’ diagnosis had been ruled out.

A major challenge involved finding ways to encourage clan members to seek early help for problems of a mental health nature. This enlightened leader understood that eliminating taboos takes time and that establishing trust and confidence are vital.  She obtained the buy in of the trade unions, the medical profession, the employer representative bodies and mental health professionals to her vision for change.

An early initiative involved appointing and training a cadre of  ‘confidential recipients’ to whom members of the clan could go, secure in the knowledge that their mental health concerns would be appropriately dealt with and treated in confidence.

Referrals were made to professionals in whom the member of the clan had confidence that their needs would be competently met and in complete confidence.

The early successes included reductions in absenteeism and ‘presenteeism’, fewer retirements on health grounds and higher satisfaction at work levels.

Armed with the evidence of successful initiatives within the clan, it is becoming easier to convince others to adopt similar approaches to valuing staff and improving workforce culture. An intended consequence of this approach is a general reduction in the incidence of mental illness.

Visitors attracted to visit the island, to see for themselves what is being achieved, leave wondering ‘why didn’t we think of that’? They can see it makes sense to encourage a clan whose job it is to look after the health of others to make sure their approach works, by having to demonstrate that they are successful in looking after their own health. It also makes sense to look inwards as well as outwards.

If that sounds like Hy-Brasil, the unreachable mythical island to the west of Ireland, I wonder why? To a latter day Breasal it could be reachable and our health services providers would realise their ambition to be employers of choice.

Further Reading-  ‘Managing and supporting mental health at work’ is a guide from the CIPD and Mind and can be downloaded at www.cipd.co.uk 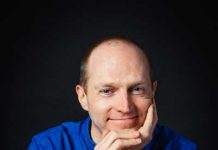 Our mental health services are not fit for purpose

Should the Department of Health and HSE be merged?