Dublin’s Temple Street Children’s University Hospital has just re-opened their Top Flat ward – equipped with patient entertainment units from Lincor. These PatientLINC devices are initially focused on providing TV, movies, Radio, Movies on demand and the ability to plug in the child’s own games console, but there are advanced plans to enhance the offering by including internet access, video messaging, patient information and patient surveys in the short term.

The thrust of this investment was putting the focus on the patient. “There is a lot of evidence highlighting the role of distraction techniques in improving the hospital experience for children and so we were keen to expand what we are already doing in this area direct to the bedside”, says Dairín Hines Clinical Informatics Manager, Temple Street.

“We evaluated the use of tablets such as iPads to deliver this service, but chose to use fixed bedside devices because of the varied ages of our patients”, explains David Wall Head of ICT. “These units are more robust and secure than mobile devices, do not need charging, are always available and being fixed means they can be used by patients of all ages without the discomfort of being physically held”

“Being in Hospital is an anxious, confusing and frustrating time for children and PatientLINC distracts them by providing entertainment that they are interested in.” comments Fionnuala Mee, Clinical Nurse Manager, Top Flat. “We expected that the system would make a difference but we have all been surprised at how big a difference it has made. Previously there was little to keep children occupied but now they have a reason to stay in their beds for far longer. This has meant they are not compromising their recovery and the whole ward is a calmer place. This has had a positive impact on patients, their parents and staff.”

Parents are also enthusiastic about the benefits for their children and for themselves. David Kiely and his son Eoin have a lot of experience of hospital stays, but this is their first with a system such as this. “In the past Eoin was bored in hospital”, explains David, “but his eyes lit up as soon as he saw this system. I was also happy because it is very important that we keep him occupied when he is here. To me this is like finding the Holy Grail – as I can now leave the ward from time to time as there is something for him to do. Without this system I would be demented.”

There is a lot of evidence highlighting the role of distraction techniques in improving the hospital experience for children and so we were keen to expand what we are already doing in this area.

Sandra Dolan describes her 11-year old son Sam as “an active lad” always looking for something to do and so this system was “both a great surprise and a lifesaver – I wouldn’t like to be coming anywhere else without this.” Sandra goes on to explain “If he had nothing to do, the days would seem so much longer. He loves the system and I like the fact there are two headphone sockets on the terminal and this means we can sit on the bed and watch TV together – we haven’t done that for a long time.”

Fionnuala Mee agrees on the benefits for parents, “Before we had this system, the shared TV used to be switched off at 9:30pm and there was nothing for the parents to do, apart from sit in the dark.”

Temple Street also plans to use the bedside devices to allow clinical staff access patient information at the bedside thus improving overall patient care. Having patient results and x-rays available at bedside to discuss with parents and patients will prove invaluable going forward.

The Hospital’s plans don’t stop with TopFlat explains David Wall, Head of ICT. “Temple Street hopes to extend the use of PatientLINC to the remaining wards in the Hospital so we can improve the patient experience for all children staying in the Hospital.” 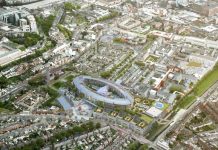 Integration of children’s services under way 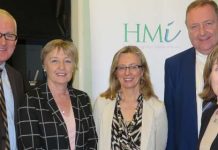