Home April 2014 Mandatory insurance in the US

Maureen Browne looks at the maelstrom faced by President Barack Obama in trying to introduce mandatory health insurance in the US.

Health Minister, Dr. James Reilly may think he has trouble with his plans to implement UHI in Ireland, but they are as nothing compared to the maelstrom faced by President Barack Obama in the US over the last six years in his attempts to implement mandatory health insurance in the land of the free.

Four turbulent years following the signing into law of Obamacare and a few days before the May 1 deadline when Americans must ensure they are either covered by health insurance or have an exemption, several million US citizens are outside the loop.

Americans who are not covered by health insurance on Thursday, May 1 next and who do not have an exemption are liable to pay a penalty of $95, or 1% of income, whichever is greater. For someone earning $50,000 that translates into a $399 fine for 2014 – about one-tenth of what it would cost to enrol in an average scheme.

The Patient Protection and Affordable Care Act (PPACA) aims to reform the health insurance industry and the US healthcare system as a whole. The Act, which contains over 1,000 pages, was signed into law on March 23, 2010 and upheld by a supreme court ruling on June 28, 2012.

Obamacare provided for the phased introduction over four years of a comprehensive system of mandated health insurance. It doesn’t change the way insurance is obtained, you can still buy private insurance, get employer based insurance or get insurance through a government programme like Medicaid or Medicare. But it requires that all Americans purchase a private healthcare plan or get an exemption.

Perhaps more significantly, it was designed to eliminate some of the worst practices of the insurance companies – when some failed to cover pre-existing conditions with premia pitched so high as to make some people uninsurable, when they cancelled policies on technicalities when illness seemed imminent and introduced annual and lifetime coverage caps which meant that people with cancer or other chronic illness could run out of insurance coverage.

The new law also requires insurance companies to cover a number of recommended preventive screening services such as cancer, diabetes and blood pressure without additional cost sharing such as co pays or deductibles.

Insurance companies are also accountable to their customers for how they spend their premia money – they have to spend at least 80 per cent of premia dollars on medical care and quality improvements rather than advertising overhead and bonuses for executives. If they breach this they have to provide members with a rebate (in 2012, rebates of half a million dollars were paid to 8.5 million people, with some people reporting rebates of 1,000 dollars).

However, it would still appear that up to one in ten Americans may have no health insurance.

Insurance companies are also required to publicly justify their actions if they want to raise rates by ten per cent or more.

Those who cannot afford health insurance (generally those for whom it would cost more than eight per cent of the family’s income) may be exempt. They would generally qualify for Medicare or Medicaid. Medicare is a Federal health insurance programme that pays for hospital and medical care for elderly and certain disabled Americans. It is a means-tested health and medical services program for individuals and families with low incomes and few resources. . It provides free long term care to the elderly poor with the programme partially funded by the Federal government and managed and co –financed by the individual states. A problem is that not all hospitals and doctors will accept Medicaid.

As there are so many plans for different contingencies and from different insurers, carrying different copayments and tax credits in the US today, it is difficult to arrive at an average cost for health insurance under Obamacare in 2014.

Basically, there are four types of plans, ranked from the greatest to the least out-of-pocket costs for consumers. They are: Bronze, Silver, Gold, and Platinum. All of these plans offer the same minimum benefits, which are determined by the federal and state government and must be included in a plan regardless of any additional benefits the plan decides to include.

The average premium for the silver plan – the most popular – this year ranges from $3,800 a year for somebody aged 30, to over $8,000 a year for a 60 year old. Based on an average person’s expected use of healthcare services, this will cover 70% of listed healthcare expenses, leaving the person insured to pick up the remainder up to a limit of $5,730. However depending on individual circumstances, tax credits of up to €6,000 appear to be available.

From the standpoint of Hawkins House that mightn’t look too bad a scheme, but the bottom line is that the people in the US – at least likely voters -are not very pleased with it. A poll at the end of last year reveals that only 23 per cent of likely voters polled believed that Obamacare had been a success. Thirty five per cent described it as a failure and a majority – 62 per cent – believed that, if they get the chance, the Republicans will repeal it. And this despite the enormous benefits it has brought to so many and the fact that it is freely admitted that for the first time it enables millions of Americans to afford decent healthcare in a country which has one of the most sophisticated services in the world. However, many of those who oppose it do so because they believe it doesn’t go far enough and even though people are opposed to it they are also against scrapping it – Republicans in the House have tried and failed 50 times to gut it.

Those opposing Obamacare believe it has driven up costs in some States, they also say that some people can no longer keep their doctor as all doctors are no longer on the insurance companies’ lists and above all many just don’t like being told what to do by the government or the President.

When Obamacare was signed into law there were up to 46 million Americans without health insurance. Since then over eight million have enrolled but about one million have dropped their insurance. However, since the new law allows young people to remain on their family insurance until age 26 the numbers signed on are probably considerably higher. The White House says that about 35 per cent of those who have enrolled are young people which helps to balance the books. However, it would still appear that up to one in ten Americans may have no health insurance. 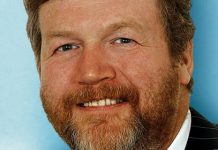 What our health service will look like under UHI 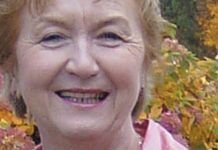 Where will capacity for UHI be found?