A Programme Management Office and a Health Reform Programme Board are being established in the Department of Health as part of the overall governance structure for the programme of reform, Health Minister, Dr. James Reilly told the 9th National Health Summit in Dublin. Maureen Browne reports.

A Programme Management Office and a Health Reform Programme Board are being established in the Department of Health as part of the overall governance structure for the programme of reform, Health Minister, Dr. James Reilly told the 9th National Health Summit in Dublin.

The reform programme board will be chaired by Dr. Ambrose McLoughlin, Secretary General of the Department of Health and include Mr. Tony O’Brien, Director Designate of the HSE.

The Minister said the Programme Management Office would plan all the projects within the health reform agenda.  It would focus on timing, sequencing and milestones for each project, prioritise, monitor and report on the health reform programme and highlight areas that might fall behind and need action.

He said the Patient Safety Agency (PSA) would also be established within the year to deliver “visible and distinct leadership responsibility for patient safety and quality at national level. It will be modelled on international examples such as the Canadian Patient Safety Institute, where patient safety is developed through shared learning and interventions known to reduce avoidable harm.”

The Minister said that a whole-of-government approach to health issues demanded the development of a comprehensive health and well being policy framework.

“We need to address the very serious issues facing us in relation to, for example the levels of obesity in Ireland. Formalised governance arrangements for a whole-of-government and cross sectoral approach to health and well-being is a major element in contributing to a vision of an Ireland where everyone can enjoy physical and mental well-being to their full potential.  Subject to government approval I’ll publish a framework around this shortly. Nowhere is this more necessary than with alcohol and tobacco.”

It would focus on timing, sequencing and milestones for each project, prioritise, monitor and report on the health reform programme and highlight areas that might fall behind and need action.

The Minister said that he planned to establish a Children’s Hospital Group, with its own board, budget, management team etc.

He said the three existing paediatric hospitals had stated their commitment to becoming a single service before the new hospital was built. This commitment was very welcome and he was conscious of the need to support the hospitals’ efforts in this regard with effective governance arrangements.

“I am pleased to say that the Chairs of the three paediatric hospitals have welcomed my proposal to establish a Children’s Hospital Group. They have said that they believe it is both possible and appropriate for the three hospitals to drive the establishment of a Children’s Hospital Group Board very quickly and have been positively engaging with the Department to progress this.”

In view of this the rationale for maintaining the range of functions of the National Paediatric Hospital Development Board, as originally established no longer existed. Therefore he intended to restructure the Board to focus specifically on the capital project. The restructuring of the Board would require primary legislation and he intended to bring heads of a Bill to Government in the near future. In the meantime he had appointed senior officials from the Department of Health and the HSE to the Board.  “This is an interim measure aimed at ensuing effective governance and decision-making for the project at this important initial stage.

In the meantime he had appointed senior officials from the Department of Health and the HSE to the Board.

“I also believe that, having regard to the size and importance of this project, independent national and international expertise must also be available to it. Accordingly, I am establishing a Strategic Advisory Group to provide external objective advice and expertise to the project. This will ensure that the project has regard to international best practice, particularly on developing trends in paediatric healthcare.”

Dr. Reilly said that  he was gravely concerned about costs in the private health insurance industry, particularly as we prepared for UHI and the VHI was shortly to submit to him a targeted cost containment plan – audit, clinical audit, pay per procedure and cost of procedure.

A policy paper on “Money follows the patient” (MFTP)  had been approved by the Cabinet committee on Health and would be publicised for consultation shortly and the Bill to allow for the extension of free GP care to people with prescribed illness would be published early this year.

He said that there had been significant improvement in hospital access targets including: 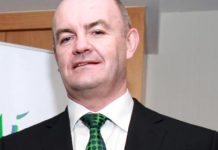 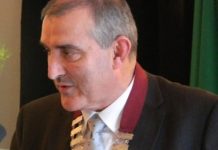 Invest in our professional development