Home March 2013 The hospital is dead – long live the hospital

Patients in Ireland still believed they were not getting out of the health system what was being put into it, Prof. John Higgins, Chair of the Hospital Group Strategic Board told the 9th National Health Summit in Dublin.

Patients in Ireland still believed they were not getting out of the health system what was being put into it, Prof. John Higgins, Chair of the Hospital Group Strategic Board told the Conference.

Speaking on a panel discussion on “The Hospital is Dead: Long Live the Hospital,” he said people knew resources were limited, they understood there were not endless resources but, whether consciously or subconsciously, they also really do know that what comes back to them from the system is not equivalent or acceptable to them – based on what goes in.

“Contrast this with other aspects of the public system that have changed and the public has perceived these have worked.  A Department like Enterprise, Trade & Employment has to look outwards and compete internationally and we have to get the same cultural change into health.

“A lot is spoken abut primary care and we need to ensure the primary care system does more work.  But even if that is optimised when patients are at their sickest they will go into hospital and as a minimum they should feel they have reached a place of sanctuary where they feel safe and secure and receive care and comfort, and that does not take €11 or €12 billion.  We need to relaunch or rejig our hospital system so that the population believes they are getting back something worthy of the resources being put in.”

It was more difficult to take one coronary care bed out of a hospital “than putting a man on the moon.”

Prof. Higgins said that already we were seeing some evidence of the benefits of getting hospitals to work together as formalised groups in the West and the Mid West. Key elements were the appointment of CEOs and Board Chairs and the relationships with university partners.

He said the best hospital systems were those that had integrated delivery of patient care with teaching, training research and innovations. “Those that take that agenda and weave it into a single agenda will give us the best hospital care.”

Ms. Ann Doherty, CEO, Mid Western Hospitals Group said that it looked very simple on paper to bring hospital groups together, but it wasn’t. She had been in post for 13 months and her Board had just been appointed and she very much welcomed that. It was essential for a hospital group in terms of the challenges they faced regarding standards and quality of care delivered.

She said the Mid-West had six separate hospital sites and a population of just less than 400,000. The surgical reconfiguration process was already in place before her appointment and this left the smaller hospitals feeling vulnerable and destabilised and encouraged a resistance to change.

“Local communities are still very wedded to the idea that the safest place to go when you are unwell is a hospital. It is actually very unsafe to go to the wrong hospital for your care.”

She said the state had invested in the most fantastic critical care facilities for coronary patients including the Primary Percutaneous Coronary Intervention Centre (PPCIC) in Limerick Regional Hospital, but there was still a lot of resistance to centralising the acute services. It was more difficult to take one coronary care bed out of a hospital “than putting a man on the moon.”

“The way we run wards is a military legacy from the Crimean War.

Cardiac patients were being treated immediately in the PPCIC and then returned to their local hospital or straight home.

Ms. Doherty said that the Mid Western Group wanted to be seen as a single hospital.  “If patients go to the Group in Ennis, Nenagh, Limerick Maternity or Limerick Regional, they will know they will get a high quality product and that is the important thing for us.”

Mr. Mark Little Acting Director Nursing &Midwifery Development Unit (NMDU) SE said the ward system had to die as well as the hospital. “The way we work and the culture in which we work has to change and the ward is central to much of the hospital system.

“The way we run wards is a military legacy from the Crimean War. You can set the clock by the time they go to breakfast and when patients get meals, regardless of how ill they are. The style of the ward can determine the type of the hospital.

“I think some patients are mesmerised when they come into hospital. They live in a digital age, and then come into a hospital which is wholly non electronic. Our users are not used to a hierarchical system. Most of our hospital wards do not encourage innovation or improvement and most of our hospitals don’t encourage innovation or improvement. They have been so busy fire fighting and trying to deliver services simultaneously that there has been no time for front line staff to create or innovate. Sometime this military hierarchical structure squeezes out compassion and empathy and replaces it with bureaucracy.

“The Productive Ward project is an initiative which is essentially an improvement project, empowers front line staff to make innovative changes in relation to how they work.” 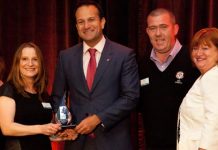 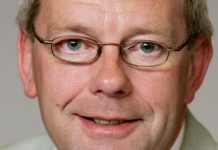 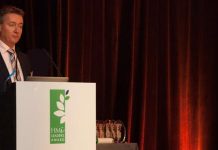