In 2012 the NAS signed a Framework Agreement with Staff Representatives to allow for the introduction of a new grade of staff within the NAS. Intermediate Care Operatives have a basic level of training to Emergency Medical Technician level and operate a double stretcher vehicle which will provide a more effective option for the delivery of inter hospital transfers.

The total cost of the National Control Centre Project is estimated at €26m and will also provide a potential platform for the development of a National Critical Care Bed Bureau and other health related control functions.

The 2013 National Service Plan allows for approximately 80 staff at this grade to be recruited this year. The development of this service will be fundamental to the implementation of the HSE Clinical Care Programmes particularly Acute Medicine, Stroke, Critical Care, ACS and Paediatrics & Neonatology. It will also allow the NAS to focus its Emergency Ambulance fleet on response to emergency life threatening calls in the pre hospital setting.

Again, the development of a National Control Centre is a key strategic development for not only the NAS but for the Health System in Ireland. Capital and ICT infrastructural developments in Tallaght and Ballyshannon will be completed in 2013 which allow the NAS begin to transition to a new platform for control and dispatch of its resources.

A total of 55 staff have been identified for introduction in 2013 with additional numbers required again in 2014 for full implementation of this project. The Control project itself will provide for the nearest available resource to be dispatched to an Emergency Call based on the introduction of enhanced technologies such as Computer Aided Dispatch, National Digital Radio and Vehicle Location systems. The total cost of the National Control Centre Project is estimated at €26m and will also provide a potential platform for the development of a National Critical Care Bed Bureau and other health related control functions. 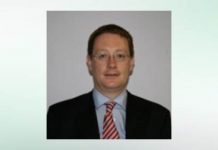 The One Life Project