Home October 2012 Are we spending our health money wisely?

Ireland – which was spending more money as a proportion of GDP on  the public health system than any other country in the world except for the USA – had to ask itself if this money was being spent wisely and if we were getting good value for this expenditure, Dr. Peter Lachman, Deputy Medical Director, Great Ormond Street Hospital for Children, NHS Trust, told the HMI Conference. Maureen Browne reports.

“As the second highest spender (with eight per cent of GDP being spent on health), you should be getting the second highest outcomes, which is not happening (although you are doing well in infant mortality). That is not to say that people are not working hard, but maybe the money is not being spent as wisely as it could…  For example, one fifth of your drugs are generic compared to four fifths in the UK.

“It is important to remember that money does not buy quality, it is what you do with the money which buys quality. In the US, Texas spends most on public health and gets the least bang for its bucks.

“How safe is healthcare? Quite clearly healthcare is not safe.  It is about as safe as bungy jumping and mountain climbing. Why are airlines which were not safe in the ’80s, safe today. The reason airlines became safe was because the public said they wouldn’t fly if they weren’t safe.  So, the big change for us in health care is that the public is demanding safe high quality healthcare – we are just a few decades behind the airlines.”

“One of the big problems that we have is artificial variation.  My hospital did an analysis a few years ago of variation and the results apply to every hospital in the world.

There were variations which we thought we couldn’t control – but emergencies are totally predictable and hospitals only work five days a week.  We will have to go to seven day working. We have to transform the way we work; we have to sort out the underlying problem which is a combination of the way we organise our health care and the failure to move to 21st century medicine and to remain there.

W. Edwards Deming said that of all the changes he had observed, about five per cent were improvements, the rest, at best were illusions of progress.

The problems in heath systems were artificial variation, lack of appropriate management theory, autonomy of professionals, spending in the wrong place and change in the needs of the population.

Dr. Lachman posed the question whether it was possible for one to change top down. He said one needed regulation to set standards and safeguards but confirmation and top down control did not transform or sustain.

“Rather one needs more changing of principles, positive environment, engagement, a learning environment and constant study of what works and what do not work.”

The paradigm was that regulation and orders from the top were expected to work at the bottom.  It was very difficult to get change and we must try and do things far more creatively, he said.

“We need a process of profound and radical change that orientates the health service in a new direction and takes it to an entirely different level of working and effectiveness. Unlike turnaround (which involves incremental progress) transformation implies a basic change from the past configuration or structure.”

Dr. Lachman said we needed innovation “that transforms a product or service that historically has been very complicated and expensive into something that is affordable and simple to us.”

The rules for transformation were effective leadership, data feedback, honour the work, engage physicians and involve patients and families. “Honour the work, one of the worst things to start off with is to say to people your work is rubbish. We also need to put in place assurances that people will not be penalised from the top for initiatives at the bottom.

“We spend too much money on hospitals when we do not need hospitals. If you have hospital beds you will fill them. Politicians do not want to close hospitals and we have to get the public to understand that hospitals are the worst place to be if you do not need to be there.

“Hospitals can be for diagnosis, and then there can be self management. Other people can do what doctors did traditionally. We should examine the work which family practice nurses could do rather than having patients go to hospital. Nurses can do some of the work which doctors have done traditionally.

“We have to change the way we train our doctors and nurses. Medical schools in Ireland, the UK and the US are training doctors and nurses for a paradigm we are leaving behind. We need to change it now or we will have the wrong people trained for the next generation.”

“It is s also key to engage physicians wee need to get managers and physicians on the same course.

Dr. Lachman said that Ireland did not have to follow the mistakes of other countries. “You can leapfrog ahead if you wish; this is the advantage of being a little bit, but not too far behind.

“The system must be visionary and allow things to grow and develop, You need to have the right rules but not too many of them.”

“At the end of the day you have to mobilise the workforce and talk not only to the minds but to the hearts of people. You have to ask people to take a leap of faith and steal shamelessly from what works elsewhere,” he said. 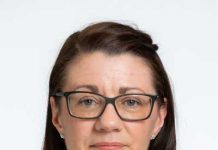 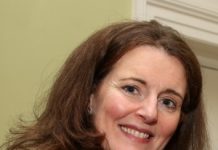