Home October 2011 Our health system is not fit for purpose

Our current health system is not fit for purpose because it encourages people to ask for wrong things or get wrong things, Prof. Charles Normand, Edward Kennedy Professor of Health Policy and Management at Trinity College, Dublin, told the HMI Conference.

For example, people with health insurance might go to private hospitals for treatment which could be carried out by their GPs, but it was free in the hospitals and they would have to pay their GPs, he said speaking on “Leading Change in Challenging Times”.

“We need a coherent system, we need to align incentives with appropriate use of services.  We’ve got to start carrying passengers rather than flying aeroplanes. Nowadays by the time people arrive at the airport, they’ve probably already checked in, then they have to go through security and the air trip is the minor part of the whole thing.  Similarly when people get to hospital it is often the minor part.

We need to design payment systems to provide the desired set of incentives to providers and users of services.  Present patterns are worse than road tolls.

“Incoherence leads to inefficient (and sometimes high cost) use of services. We need to design payment systems to provide the desired set of incentives to providers and users of services.  Present patterns are worse than road tolls.

“We need to change incentives to use services at the right levels in the right locations.  It is easier to level down than up but it is not possible to develop appropriate pathways without doing one or the other.

The Irish population was due to increase from 4.233 million in 2006 to 5.696 million in 2026.  Even if the growth was slower, there would be large absolute increases and more people would increase the demands on all parts of the system.  The critical issue was that population growth was about an overall increase in demand, while aging was about different demands.

Life expectancy was rising linearly and had been for many years and older people were displaying some reductions in morbidity and disability.  There was increasing evidence that life expectancy between men and women was converging.  This was not yet showing up in the population age structure but he thought it would, quite dramatically, in the next few years.  It would mean that we would be better at looking after each other if men lived longer. We would have more viable household and should look at reconfiguring services to be supportive of households in new ways.

Normand said that the evidence was that people’s use of the health services was related to social class, irrespective of entitlement. He thought the real affect of aging will not be more older people, but more demanding older people.

Demands on the health service grew only slightly with age. Demands were more closely related to death. Older people needed less acute care at the end of life, but more social and community care.   A reasonable estimate of aging was that it would increase demand by two per cent per annum. The growing population was much more of a challenge because it did not bring it with ways of re-engineering services.

Medical care costs in British Columbia  showed that hospital costs in the last year of life fell significant for people who died in their 90s, compared to those who died in their 70s, so aging itself could be beneficial in terms of lower costs of proximity to death.  Medical care in hospitals fell significantly the older people died, but was very significantly higher during the last year of life.

He said that the scope for cost reductions increased by 2 – 3 per cent per annum and there was some evidence that funding cuts had already produced some important efficiency gains.

It was confusing when people talked about investment as a percentage of GDP rather than a per capita investment, which was very different.  In view of this, it wasn’t surprising that the system became overwhelmed with an inadequate amount of money and the same or more people seeking services.

He said it would be very hard to achieve what we needed with the level of pay being as relatively good as it was in the health system in Ireland (as in other countries and other parts of the economy).  Income levels had fallen substantially, but probably should fall more, at least for some categories of staff.

“The assumption that we can keep salary levels where they are may be difficult to sustain. Much gets down to allowing managers to manage.  As for the moratorium, it is hard to think of a less sensible way of managing staff than saying ‘you can’t employ people.’  This leads to more incoherence   You managers have to be the heroes of the system – There is a need to understand drivers of changing needs and their implications, there is a need to lead the reconfiguration of services for the existing and future needs, there is a need to move to lower costs for more and better services and there is a need for more power and more accountability” 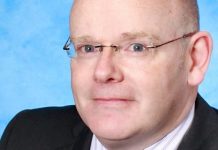 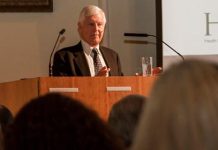 The need to educate the next generation 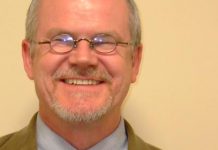