PACS is a method of digitally storing images from all radiology modalities for convenient access to relevant members of staff. This, in practice, means that a patient’s imaging information and their reports are available to any clinician from any computer throughout the clinical areas of the hospital.

The NIMIS project follows on from similar projects in the UK and Australia to implement a national radiology record for patients attending public hospitals.  The NIMIS project is an ambitious one with 35 hospitals connecting to the national archive over a three year period. To date Sligo General Hospital, Beaumont Hospital and the Mater Misericordiae University Hospital are up and running with the NIMIS System. The Waterford Regional, Cavan, Navan, Drogheda and Dundalk hospitals aim to connect to this initiative before the end of the year.

PACS is a method of digitally storing images from all radiology modalities for convenient access to relevant members of staff which in practice, means that a patient’s imaging information and their reports are available to any clinician from any computer throughout the clinical areas of the hospital

The possibilities of the system are already clear. Within days of the system going live, NIMIS eased the care pathway for many patients from the first two hospitals, Sligo General and Beaumont. For example, a radiologist based in Sligo was able to receive a second opinion from a Beaumont neuro-radiologist. Having made a quick phone call, the image was reviewed and reported on and the second opinion was recorded on the system and became part of the patient record. In another example, Beaumont has been able to get the benefit of images and reports from Sligo patients who transfer into our care, thereby reducing the requirement to take further images in Beaumont Hospital.

Beaumont Hospital has introduced, over the last number of years, a project management methodology for initiatives and projects, both large and small, within the organisation in order to ensure appropriate structure, engagement and delivery to timeline and objectives. In addition, where previously projects would have been regarded as solely IT projects, they are now considered to be business reengineering projects which are enabled by IT systems. This fundamentally changes the approach and ensures that the optimal utilisation and benefit realisation of IT systems can be delivered. This essentially means that we define how the system should work in a streamlined manner and look to the IT system to enable this.

The scale of the Beaumont PACS project can often be underestimated. Fulfilling the objective of becoming filmless and paper light overnight was certainly no simple task.  Many hospitals throughout the country and across the world have already installed their second and third generation PACS system. The move from conventional film into the digital world however is a bigger leap and this is what has been achieved at Beaumont. However, a number of challenges had to be addressed. For example, nearly every process that involved radiology in Beaumont pre-PACS had either paper cards or x-ray film as the driving force and as the project had adopted a ‘big-bang’ implementation, the switch overnight to a filmless, paper light system presented a major challenge.

With over 2,000 people to be trained on the system, a carefully planned approach to training was essential

Outside the radiology department there were significant changes also. Primarily the switch from paper orders to electronic ordering of radiology investigations from the outpatient department which, given the volume of activity there, presented a substantial undertaking.  The PACS implementation in Beaumont also did not have the benefit of large reductions in patient lists around the go-live date, the demand for the service ensured that. Only two short weeks after our go-live date we had to be back to full capacity and service delivery. Therefore, throughout all stages of this project clear planning and project management was essential.

The establishment of a comprehensive Project Steering Group to lead, enable and support the project team and the work of the relevant workstreams was critical. A decision was made that joint project sponsors, one clinical and one corporate would be appointed to take the lead role for the project. A dedicated resource of PACS/RIS Project Manager was appointed and supported by the new roles of RIS Manager and PACS Radiographer. The Project Steering Group also included: Clinical Director, Imaging & Interventional Radiology Directorate, Chief Physicist, Financial Controller, Deputy CEO, HR Director, Consultant Cardiologist, Consultant Oncologist, Director ICT, Senior Nursing, Radiographic Services Manager. This was critical in flagging and addressing problems early on, gaining trust and ensuring that PACS champions were both inside and outside the Radiology Department.

Multiple workstreams emerged from the project which included workforce planning. This was essential as many of the pre PACs roles would no longer be required, but other roles would emerge in the post PACS environment. There was genuine and open engagement from staff and managers to develop an appropriate new workforce model in advance of the go-live and to ensure smooth implementation of same.

One of the methods the PACS team used to prepare for PACS was process mapping which required team to walk through each step of the many workflows that existed both inside and outside of radiology. Over 200 processes were mapped by the PACS team.  This was detailed by the “experts” in the areas, i.e. the people who carried out the work every day, e.g. radiographers, radiologists, clerical/administrative staff, medical staff, nursing etc. This established, in a very real and visual way, the current state of the processes relating to imaging in both the radiology department and throughout the hospital.  The PACS team’s time was then spent addressing the bottle necks in each process and how PACS could be used to improve them. The process mapping exercise also highlighted potential obstacles in some areas, such as the orthopaedic clinics, where the use of paper cards was an integral part of the workflow. Identifying and engaging with the users in these areas at such an early stage was extremely beneficial in ensuring that on the day of go-live that each area was able to manage the transition smoothly.

Another part of the challenge was to get users trained up to competently use the system. It can be easy to neglect this part of the project. Training, however, is by far the most important aspect of a successful implementation. A good enthusiastic training team can significantly contribute to the success of the project. It is also important to use all methods of communication available across the hospital to ensure a good uptake.  With over 2,000 people to be trained on the system, a carefully planned approach to training was essential. Training dates and venues were communicated via the hospital intranet on a daily basis, and this was complemented with weekly newsletter articles and screen savers on all hospital PCs. The vendor company trained the designated superusers and provided the in depth training required for radiologists.  The bulk of the training was provided by the PACS team and IT trainers from a month prior to go-live. NCHDs were trained in a classroom setting at a PC as they had to learn how place orders, view images and read reports. The more general user training was done via regular information sessions in lecture theatres.

GPs with access to Healthlinks also get an electronic copy of the report as soon as it is signed, which is a real benefit for all, both patients and staff

Without doubt the most striking benefit realised is the decrease in report turn around time (TAT) which is considered a key performance indicator by the Irish Faculty of Radiologists (2010). TAT within four weeks of the implementation of the system has decreased, all reports have now a TAT of less then 18 hours. This is a figure which would have been nearly impossible to achieve in the film based environment. It is our hope that this will reduce further as the radiologists become more familiar with the use of voice recognition component of the PACS/RIS system. Access to signed reports has also increased. Within the hospital the final radiology report is available to all users as soon as the radiologist hits the signed button. GPs with access to Healthlinks also get an electronic copy of the report as soon as it is signed, which is a real benefit for all, both patients and staff.

For users outside of radiology the obvious advantage is the time saved. It was known pre-PACS that some NCHDs could spend up to 20 per cent of their day in radiology looking for films. Overnight this has changed, releasing NCHDs to far more relevant and appropriate work. Having the patient’s radiology record available at any internal computer allows users to view the images and the reports with ease and rapidity, thereby facilitating more timely clinical decision making.

As an academic teaching hospital another major benefit realised is that PACS can be used for teaching purposes.  The NIMIS PACS system allows all clinical users the ability to export anonymised images into PowerPoint, or other applications for presentations, lectures and seminars. Within the hospital there is also an electronic teaching folder component which comes as part of the NIMIS PACS. Indeed, our Radiologists have found this particularly useful to create teaching libraries.

Enthusiasm and commitment are essential for a successful implementation. A PACS project is a marathon not a sprint. Dedicated personnel from inside and outside of radiology are key. Fostering a good relationship with hospital IT services and senior users outside of the Radiology has been invaluable to the implementation.  As with any project of this scale, the commitment and dedication of the various members of the project teams who worked exceptional hours and “put their lives on hold” in many cases as go live drew near was critical to the successful delivery of the system/project and a credit to their commitment to patient care and to the organisation.

We would also recommend the use of process mapping, as a way of understanding the workflows and identifying where improvements could take place. It is important to note that although the PACS implementation in Beaumont hospital has been a positive experience, as with any system at the early implementation stage, there are and will be areas where improvements will need to be made. This post implementation period is essential to assess if the designed processes and workflows actually work or whether some further customisation is required.

As a whole the NIMIS PACS/RIS system has met our needs as a hospital, however there are areas where future development could further improve the service we offer. We hope that the system functionality will continue to develop as we move through the contract term.

What the users say

“The introduction of PACS to Beaumont Hospital marks a major transformation in patient care, allowing a more efficient, streamlined and logical assessment of patients by either their individual physicians/surgeons, and also by the greater teams involved in their care at MDM discussions. The ability to show patients / their families their tumour(s) and the impact of therapy also aids in helping them come to terms with their disease and the pros/cons of therapy. It is also a useful tool in the education of physicians / surgeons to increase their competence in reading images to compliment the guidance given by our radiology colleagues.” (Oscar Breathnach, Consultant Oncologist). 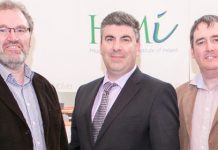 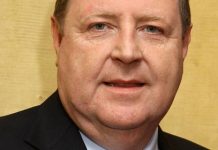 How do we integrate silos? 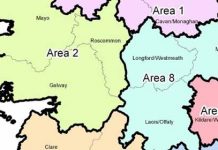