Home July 2011 We must protect whistleblowers

Unless protection is introduced for whistleblowers, I would confidently predict no working person will ever again raise their head above the parapet to speak out about wrongdoing in the workplace, writes David Begg.

Until recently, the issue of protection for whistleblowers was treated almost in the abstract, the subject of submissions and debates around the finer points of law.

And then the terrible urgency of the situation was brought home quite dramatically following the closure of the Rostrevor House Nursing Home.

Suddenly, the issue was very real and very human. Here were decent working people who had been penalised simply because they did the right thing. Having spoken out they found themselves on the dole.

That is wrong and must be put right immediately. It must happen for reasons of natural justice and because if it does not, I would confidently predict no working person will ever again raise their head above the parapet to speak out about wrongdoing in the workplace. And history will repeat itself.
As both the Rostrevor House case and the current banking crisis clearly demonstrate, we need whistleblowers now more than ever. Instead of punishing and penalising, we should lionise and applaud them.

At our recent Biennial Delegate Conference in Killarney, the assembled delegates – representing some 800,000 unionised workers across the entire island – debated and overwhelmingly endorsed a motion in support of the Rostrevor workers and seeking enhanced protection for whistleblowers.

Business lobby groups have resisted our demands, whispering in the ear of officialdom of the damage that would be done to business by malcontents or breaches of confidentiality. Unfortunately, successive Governments have been sufficiently spooked by their claims to shy away from introducing whistleblower protections.

And today, as we survey the wreckage of our economy we know full well the key role played in this crisis by the appalling standards of corporate governance that obtain in Ireland. The more light that is shone on that quarter, the better for all of us.

Indeed, the lack of corporate regulation – including whistleblower protection – has actually cost the country and the corporate sector dearly. The cost has been far higher than any supposed savings achieved by companies not being required to implement what they refer to as ‘burdensome red tape’.
Equally, it is almost impossible to quantify the cost of the reputational damage done to Ireland, at a global level.  So even enlightened self interest on the part of Irish business would demand that these protections are introduced without delay.

Indeed, Ireland is almost unique in this regard as protections for whistleblowers exist in most other EU states, the United States and Canada. Thus, in this jurisdiction workers who do blow the whistle on wrongdoing and malpractice are offered no protection from reprisals.

In May of this year, Congress contacted the current Minister for Justice and pointed out that this issue could be addressed in the context of amendments to the Criminal Justice Bill 2011. Unfortunately the Bill as it stands does not contain any protections. We highlighted this omission and requested that the Minister address it.

Following the Rostrevor scandal, we can think of no earthly reason why he would not support our argument and act accordingly.

David Begg is General Secretary of the Irish Congress of Trade Unions. 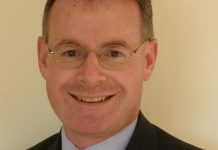