If there is general acceptance of the unique role which health staff play in protecting vulnerable people, then we have to examine if there are adequate protections and procedures in place to enable them speak out when care standards slip, writes Eamon Timmins.

The recent news coverage of the de-registration and closure of the Rostrevor House nursing home in Dublin has focused public attention on the need for whistleblowers among health care staff, and the key role they can play in protecting some of the vulnerable members of society.

But it has also raised major questions about the effectiveness of the legal protections currently in place to ensure that workers who see sub-standard care feel empowered to report it.

Certainly, some of the concerns raised by staff with HIQA resulted in inspectors visiting Rostrevor House and commencing a process that ultimately resulted in the home being de-registered by HIQA.

The same home had been inspected by HIQA twice within the previous 12 months without serious concerns being reported by inspectors.  However, while HIQA staff are rarely in a home for more than a few days a year, and visitors spend only a few hours a week in homes, staff are there 24/7.  They are in contact with all residents, and they are fully aware of what is happening in bedrooms, toilets and showers.

If proper protections and procedures were in place, why did it take three years before the incidents came to light?

In short, health care staff are the eyes and ears of the system.  It is therefore imperative that they feel free to speak out if they see care levels fall below acceptable levels.  The need to support and protect these staff is even greater when you consider that some residents on the receiving end of sub-standard care may not be able to speak out for themselves.

If there is general acceptance of the unique role which health staff play in protecting vulnerable people, then we have to examine if there are adequate protections and procedures in place to enable them speak out when care standards slip.

It is interesting to note that some of the evidence given in court as part of the Rostrevor House case related to incidents which allegedly occurred in 2008. If proper protections and procedures were in place, why did it take three years before the incidents came to light?

The 2007 Health Act provides some protection for whistleblowing staff.  Is there adequate awareness of this among nursing home employees?  Does it go far enough to ensure that those who make complaints in good faith are not penalised by their employers?  Do staff work in environments where they feel free to highlight sub-standard care?

The Government is currently working on broad-ranging legislation to protect whistleblowers in many differing workplaces.  But surely, when it comes to the care of vulnerable patients, they must first establish the weaknesses and gaps in the current legislation before they introduce new laws.

While the Rostrevor House case highlighted the vital role of whistleblowers, advocates for vulnerable, older people are concerned it may discourage other workers from coming forward.   Existing whistleblowing protections in the 2007 Health Act proved to be of limited use to staff who lost their jobs when the home was shut down.

The Government moved quickly to ensure that non-EU staff who were in Ireland on work permits linked to their jobs, were given the opportunity to seek alternative jobs in the country.  However, the bottom line is that they were out of a job.

If you were dependent on your job as a health care worker (in a nursing home or community service) and witnessed sub-standard care today, how likely would you be to report it, in the light of the Rostrevor House case?

That is the key issue for policy makers, health care providers, families and friends of vulnerable service users, and all of us who may need these services at some stage in the future.

Everybody accepts that whistleblowers are essential.  But nobody can be sure that those who have a huge moral obligation to report sub-standard care, will blow the whistle if they witness sub-standard care.

Eamon Timmins is Head of Advocacy and Communications at the older people’s charity, Age Action.  For further details visit www.ageaction.ie 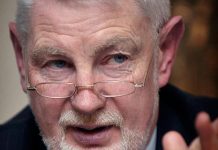 We must protect whistleblowers