CUH won the award for the hospital’s all encompassing holistic approach to environmental management in 2010, particularly in the areas of water, waste and energy.

Some highlights included reduction in healthcare risk waste by 11 tonnes, a hospital water usage audit carried out in September 2010, the appointment of an Energy Co-Ordinator with a specific role to improve efficiency and increased patronage of the Cycle to Work scheme by 68 per cent. 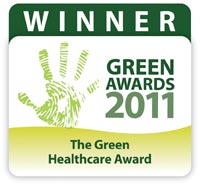 The Judges’ citation said that “While the other entries had all tackled energy saving issues, Temple Street stood out for its wider green initiatives – particularly its green travel programme. This has resulted in a high proportion of staff now either cycling or getting public transport to the hospital.” CUH also made it to the top ten of the total 300 entries across 23 categories.

While the other entries had all tackled energy saving issues, Temple Street stood out for its wider green initiatives – particularly its green travel programme

In 2004 CUH, like all hospitals, was obliged to respond to a questionnaire on waste management in hospitals, carried out by the Controller and Auditor General, as part of a value for money examination.  Fergus Ashe, Allied Services Manager at CUH identified the potential for improved recycling at the hospital. At the time only 11 per cent of waste was being recycled. In 2010, CUH achieved the following:

The hospital’s Energy Co-ordinator, Padraig Ryan, also heads up the Green Team – a team of staff from all disciplines which initiates and implements soft measures to save energy in their departments and hospital wide. It is estimated that the Green Team can achieve five to ten percent savings in energy consumption through soft measures in 2011. 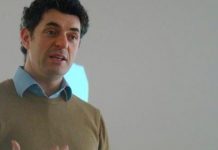 How does sustainability work in health?