Home May 2011 Can we build a better health system from adversity?

The different approaches of Fine Gael and Labour to the planned new universal health insurance systems were swiftly fused in the Programme for Government to form a coherent plan of action, writes Liz McManus, who was author of both the Labour Party’s health policy document Curing Our Ills, which proposed an insurance-based system and the subsequent document Our Good Health, which fleshed  this out.

At a time when the public sphere is dominated by the banking bailout and its terrible impact on our capacity to determine our nation’s future it is good to see that the new Programme for Government contains a radical – and detailed – commitment on healthcare reform. Time will tell if the challenge is met, but I applaud loudly the statement of intent that begins:  “This Government is the first in the history of the State that is committed to developing a universal, single-tier health service, which guarantees access to medical care based on need, not income.”

This is a good start. The 19th century philosopher and economist, John Stuart Mill wrote “When society requires to be rebuilt there is no use attempting to rebuild it on the old plan.” The principle of never letting a good crisis go to waste enabled President Obama to get his progressive reform of the US healthcare system through the legislature. There is a possibility that, out of adversity, our Government will transform the Irish health service for the better.

Improvements to our health system were made during the boom years but, at its core, it still has a fundamentally unfair system of access for patients. For many years this has been a subject of public debate. Now, for the first time, we have a political commitment to tackle it.

Interestingly enough, in the past, the IMO, the Democratic Left, even, fleetingly, the PDs proposed a system of universal health insurance to overcome the divide between public and private patients. Curing Our Ills, the Labour Party policy document, published in 2000, proposed an insurance-based system that was fleshed out in a subsequent document Our Good Health.

Unusually, it is acknowledged by the Government that the planned transformation of the health services will take more than one term in office to complete

As the author of both documents I consulted widely with interested stakeholders. One meeting I had was with the President of the IMO at that time. It so happened that the President was Dr. James Reilly who went on to be elected a T.D.. He was positively disposed to the concept and I was pleased that, since he was a G.P. as well as president, Dr. Reilly shared the same view on the benefits of a major shift towards primary care and a new system of universal access to hospital care.

After his election and appointment as Fine Gael spokesperson, Dr. Reilly developed a policy modelled on the system in the Netherlands which is insurance-based. He also argued for a greater shift towards primary care.

In their election policy documents, Fine Gael and Labour had different policies on the structures to be set up. For Labour, Jan O’Sullivan T.D. proposed a social insurance model, while Dr. Reilly, T.D. presented a more market-based approach. This was a reflection of the different ideological perspectives of the two parties.  Those differences were swiftly fused in the Programme for Government to form a coherent plan of action.

Now that he is Minister for Health, the former IMO president, Dr. James Reilly is in prime position to deliver on that plan. It is on the implementation of its Programme that this Government will be judged and no-one should underestimate the obstacles. Even if there were no programme of reform, the job of a Minister for Health is particularly tough. Unusually, it is acknowledged by the Government that the planned transformation of the health services will take more than one term in office to complete. The task is daunting; the raft of required legislation will need to be robust and capable of resisting any legal challenge; the negotiations to reduce the remuneration of G.Ps and hospital consultants will be hotly contested; the wind-down of the HSE will be messy but, I believe, it will be necessary if we are to have modern, effective administration. Establishing a new Board a good first step. The spectre of local opposition to the downgrading of local hospitals will reappear once the impact of the proposed changes is felt on the ground.

The negotiations to reduce the remuneration of G.Ps and hospital consultants will be hotly contested, the wind-down of the HSE will be messy

The appointment of Roisin Shortall as Minister of State with responsibility for primary care offers an opportunity to focus on the transfer of care into the community and general practice. In the current economic climate it is difficult to see how the commitment to remove GP fees can be met but primary care could still become the success story of this Government if new blood and new thinking is infused into this vital sector of our health service.

Liz McManus, is a former Labour T.D., Minister of State in the Department of Environment and Labour Spokesperson on Health from 2000 until 2007. She has published a series of health policy documents including Curing Our Ills, Our Good Health, Healthcare – a new direction towards Primary Care and Changing Our Mindset, Labour’s approach to mental health. 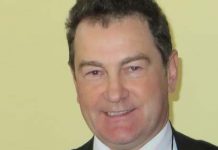 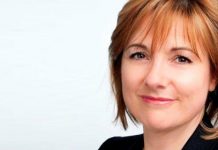 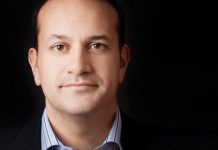 Ring fenced funding must be provided for new treatments