Home March 2011 Where will the Minister find the money for his ambitious plans?

Health Minister, Dr. James Reilly has groundbreaking proposals to introduce free primary care, end the two tier system of hospital care, ring-fence funding for mental health and implement a major capital development programme, but there is little or no indication of the cost of these or where this money is to be found, writes Maureen Browne.

While a relative newcomer to national politics, the new Minister for Health, Dr. James Reilly is an experienced local and medical politician and comes from a distinguished medico-political background.

A former President of the Irish Medical Organisation and long time IMO activist, he has represented doctors on the former Eastern Health Board, where in turn he chaired the Board’s Community Care, Psychiatric Hospitals and Mental Health Committees.  He was subsequently a member of the former Eastern Regional Health Authority and the former Northern Area Health Board. A fourth generation native of Lusk, Co. Dublin, he is the son of the late Dr. Noel Reilly, who was Secretary General of the Irish Medical Association (the predecessor of the IMO) for 25 years.

A graduate of the Royal College of Surgeons in Ireland, and married with five children, he has worked as a G.P. in North County Dublin for over 20 years, with surgeries in Lusk and Donabate and was involved in the development of the new town centre in Lusk which provides medical facilities, including X-ray, ultrasound, dentistry and physiotherapy, for the growing population.

He doesn’t see it as “Angola”, and is confident that he can develop a universal, single-tier health service, which guarantees access to medical care based on need, not income

Aged 55, (his birthday is on August 16) he was first elected as a Fine Gael T.D. for Dublin North in 2007, when he won just over 14 per cent of the vote and was immediately appointed Health Spokesperson for Fine Gael. He was a tough and at times emotional critic of former Health Minister, Mary Harney, particularly over delays and errors in cancer diagnosis and had little time for the HSE. He backed Enda Kenny in the 2010 leadership heave and was rewarded by appointment as Deputy Leader of the Party – a meteoric rise for somebody only elected to the Dail a little over three years previously.

First question is where the Minister is to find what can be expected to be very significant additional money, in our almost bankrupt economy. Health and mental health take up a hefty seven pages of the 64 page plan of the Government for National Recovery 2011 – 2016. They are high on rhetoric and low on detail containing groundbreaking proposals for free primary care, subsidised insurance premia for hospital care, ring-fenced funding for mental health and major capital developments.  However, there are little or no indications of the cost of these plans or where the money for them is to be found.  The only suggestions of savings are on drug costs, G.P. fees and consultants’ remuneration, (both of which are set to be reduced) and from the hoary old chestnuts of treating more patients in the community and greater efficiency.

First question is where the Minister is to find what can be expected to be very significant additional money, in our almost bankrupt economy

The government promises universal free primary care will be introduced on a phased basis. It says this it will cost €32 million in the first two years (when it will be extended to those claiming free drugs under the Long Term Illness scheme and the High-Tech Drugs scheme). There is no mention of the cost of access to care without fees for all, which is to be introduced in the following two phases.

The Government has also pledged to introduce Universal Health Insurance (UHI) by 2016, with the State paying insurance premia for people on low incomes and subsidising premia for people on middle incomes. It says insurance will be compulsory for all but there are no details as to how the government plans to compel everybody to take out insurance, in view of the fact that many middle income people can no longer afford it. The only obvious way would seem to be to deduct premia from salaries which is likely to result in a public outcry as it will be seen as a new tax.  Neither is it clear how much the whole scheme will cost or if the resources are there to fund it.

Everybody is to be given a choice between competing insurers and insurers will not be allowed to sell insurance giving faster access to procedures covered by the UHI package.  A Hospital Insurance Fund will oversee “a strong and reformed system of community rating and risk equalisation, provide direct payments to hospitals for services that are not covered by insurance such as Emergency Departments and ambulances and provide matching payment to hospitals for treatments delivered”.

Hospitals will no longer be managed by the HSE but will be independent not-for-profit trusts with managers accountable to their boards. There is a broad welcome among health managers for this programme which is seen as giving “a level playing field” Hospitals will be paid according to the care they deliver and will be incentivised to deliver more care in a “money follows the patient” system.  Insurers will negotiate directly with hospitals. A Patient Safety Authority is to introduce a national licensing system for hospitals and oversee the transition of hospitals from the HSE to independent local control.

There is widespread cynicism about the plan to abolish the HSE, which many see as simply a political gimmick, without substance

The health plan states that investment in the supply of more and better care for older people in the community and in residential settings will be a priority of the government and that additional funding will be provided each year for the care of older people to provide more residential places, more home care packages, more home helps and other professional community care services.   However again the plan does not state how much this will cost or indeed where the money is to be found.

Capital spending on health is going to be a priority for this government with the immediate priority areas being primary care centres, step down and long term care facilities, community care facilities, the completion and commissioning of the cystic fibrosis unit and the building of the new National Children’s Hospital.  A total of €35 million is to being ring fenced annually to develop community mental health teams, unsuitable psychiatric institutions are to be closed and patients moved to more appropriate community based facilities.

There is widespread cynicism about the plan to abolish the HSE, which many see as simply a political gimmick, without substance, pointing out that it has not been properly costed and that it may result in simply replacing one quango with another.  While the plan does not stipulate a date for the abolition of the HSE, or give details as to how this is to be accomplished, there seems to be some urgency about it as the plan states that the HSE function of purchasing care for uninsured patients will be given to a Hospital Care Purchase Agency in a transition period. It would be instructive if we knew how the orderly wind down of the HSE will take place, who will manage it and specifically the time frame for its completion. The plan for government says that subject to no compulsory redundancies and to protecting front line services it will reduce the total number of public sector employees by between 18,000 and 21,000 by 2014 compared to the figure at the end of 2010 and reduce this number by a further 4,000 by 2015.

Sadly, from the point of view of health managers, there is no mention of any investment in leadership and management development programmes for managers who will be crucial in implementing the Minister’s change proposals.

I wish the Minister well and hopefully he will tell us how he plans to implement his plans in future issues of Health Manager. 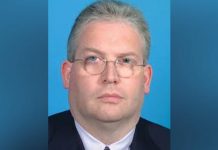