Home November 2010 HIQA will not adopt “a policeman” approach

HIQA would not be adopting “a policeman” approach to monitoring compliance with the new National Standards for Safer Better Healthcare, the HMI Forum debate was told.  Maureen Browne reports.

HIQA would not be adopting “a policeman” approach to monitoring compliance with the new National Standards for Safer Better Healthcare, Ms Hilary Coates, Head of Safety and Learning with HIQA said when answering questions at  the HMO Forum debate in the Children’s Hospital, Crumlin.

HMI Members and guests were welcomed to the Forum by the Children’s Hospital CEO, Mr. Lorcan Birthwhistle and the Forum was chaired by Ms. Geraldine O’Regan, the hospital’s Director of Nursing.

Ms. Coates told a crowded audience of health care managers from Crumlin and surrounding hospitals that HIQA did not envisage a league table approach, but rather the one they adopted in the symptomatic breast disease monitoring review, where service users were involved at all times.  Everything that was being inspected was pre-defined.

Mr. Fergus Clancy, Chief Executive of the Mater Private Hospital said that the likelihood is that within two to three years, legislation will be in place that requires HIQA to audit, inspect, evaluate and license all hospital standards on a mandatory basis.  He said that this would inevitably lead to league tables although this was not the regulator’s approach, but the fact that the reports would be transparent and published would result in this happening.

He thought there was a danger that as we moved from accreditation to licensing the focus on continuous quality improvement would be lost.   However, he felt there was sufficient in the standards to allow those who wished to drive continuous improvement to be supported.

He said there was a discussion as to whether or not we should keep accreditation and licensing going together.  It would involve expense and two sets of data.  However, accreditation kept raising the bar, which was very important.

Legislation will be in place that requires HIQA to audit, inspect, evaluate and license all hospital standards on a mandatory basis

She said that HIQA only wants people collecting information to demonstrate compliance with the standards, and in the future for licensing, that they should be collecting already in the interest of patient safety.

Mr. Clancy said that if healthcare managers were serious about standards they would want to be assessed.  We have to be very serious about the new standards and over the next 6 – 12 months we have to decide that it was in everybody’s interests to be in the new system.

As to those who would carry out the assessments, he said he could see real merit in having those who knew the system, but they should not be too dominant.  It was very important to strike a balance.  In the JCI system all the examiners came from overseas.  Sometimes they didn’t understand how things were done in Ireland but he still felt that there should be more people from outside than inside the system in the team. 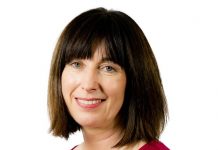