Home July 2010 How we vaccinated over one million people

The emergence of the new flu virus in April 2009, and the subsequent declaration of a global pandemic by WHO, required a response on a scale unprecedented in the Irish health services.  The response varied with the evolution of the pandemic and involved surveillance, co operation with other countries, intensive efforts to contain infection, treatment of those infected and their close contacts, and a mass vaccination programme.

Soon after this new virus began to spread among the population in Mexico, it was clear that, because very few people would have immunity, it could sweep around the globe causing a pandemic.  The HSE and the DoHC had already drafted a Pandemic Influenza Plan in 2007 and also had a pre existing arrangement with vaccine manufacturers to give Ireland a high priority should an Influenza Pandemic occur.

On the basis of the history of previous influenza pandemics and on the basis of the early pattern of illness and deaths in the affected populations, planning assumptions concerning the impact of the virus on populations and on health services were used as to a guide to the management of the outbreak in countries around the world.

For example, in North America, there were instances where intensive care units had difficulty coping with the number of young people presenting with overwhelming and sometimes fatal swine flu infection.  We therefore began to implement our plan to double the capacity of intensive care units by training  more nurses, buying more equipment and developing a system for prioritising patients according to their needs for multi organ support.

In order to anticipate the impact of the pandemic on services and the possible need to re deploy significant numbers of staff, all HSE services were examined to determine which ones might be temporarily suspended.  This was an extremely challenging exercise because those services which would be the first to be deferred eg routine out patient appointments, routine procedures, are considered by everyone to be essential.

The management of the swine flu pandemic represented an unprecedented collaboration within the HSE, with the DoHC, GPs, other government departments, the independent health sector, schools, workplaces, the media and many other groups of society.

The mass vaccination programme possibly represented the biggest logistical exercise ever undertaken in such a short time, in the history of the state.  From the beginning of November 2009, we moved through the critical target groups and by the end of March 2010, approximately 1.1 million people were vaccinated.  This represents about 25 per cent of the entire population.  These figures compare very favourably with other EU states.

The vaccine will continue to be made available until September 2010 for those in the “at risk” groups, including all those travelling to the southern hemisphere during the upcoming influenza season.  This will be done though GPs and maternity units.

At a time when the HSE was rapidly advancing the transformation agenda, and operating in a changing economic environment, managing the pandemic presented many challenges.  These included:

Planning and responding to a rapidly evolving situation

Some commentators have in retrospect suggested that health authorities in the developed world over reacted to the pandemic.  However, it is important to remember that 25 people died, approximately 1100 were admitted to hospital and 100 to critical care.  Furthermore, pandemic viruses are notoriously unpredictable and many mutate unexpectedly, causing more illness and death.

Organisational learning and benefits for the future

A number of initiatives taken during the course of the pandemic will enhance the capacity of the health services to manage change in the future.

The development of protocols and the training of nurses and others to prescribe and not just administer vaccines has clear benefits for future vaccination programmes and can be replicated also in other areas:

The planning for an increase in critical care capacity, and particularly for high dependency critical care, which fortunately did not have to be fully implemented, is clearly a benefit in ensuring that these beds are used in the most appropriate manner in the future.

The proactive approach to communications facilitated the media in fulfilling its public service duty and allowed the health services to elicit a strong societal response.  This may be difficult to apply in other areas of health but it is certainly an approach which can be replicated in any future major emergency. 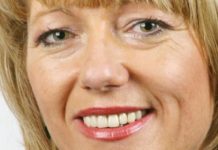 Planning and accountability in the HSE